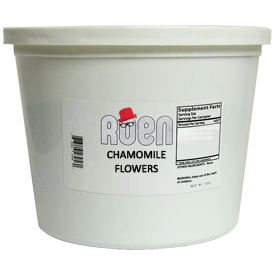 Chamomile is a famous tea used to promote relaxation, a calm mood, and improved sleep. Studies have shown that drinkers of chamomile tea live longer than non-drinkers.

The same study found that mostly women drank the tea, and could not find evidence that it helped men. The men smoked and drank more, so it was hard to tell if that was why the men did not benefit, or if perhaps the way the tea benefits the body in ways that really only helps women.

Therefore, men may still want to take it but additional research is needed to understand how it is helping.

The benefits are attributed to the tea having alpha-bisabolol, apigenin, and chamazulene, all of which have anti-inflammatory properties. The tea causes an increase in the production of serotonin (and later melatonin), neurotransmitters involved in promoting calmness and then sleep.

Not surprisingly a study published in 2015 found that the Chamomile users were getting better quality sleep.

As we know, sleep plays a very important role in keeping the immune system strong. Researchers have suspected chamomile plays a role in the immune system, but anything that promotes sleep truly does.